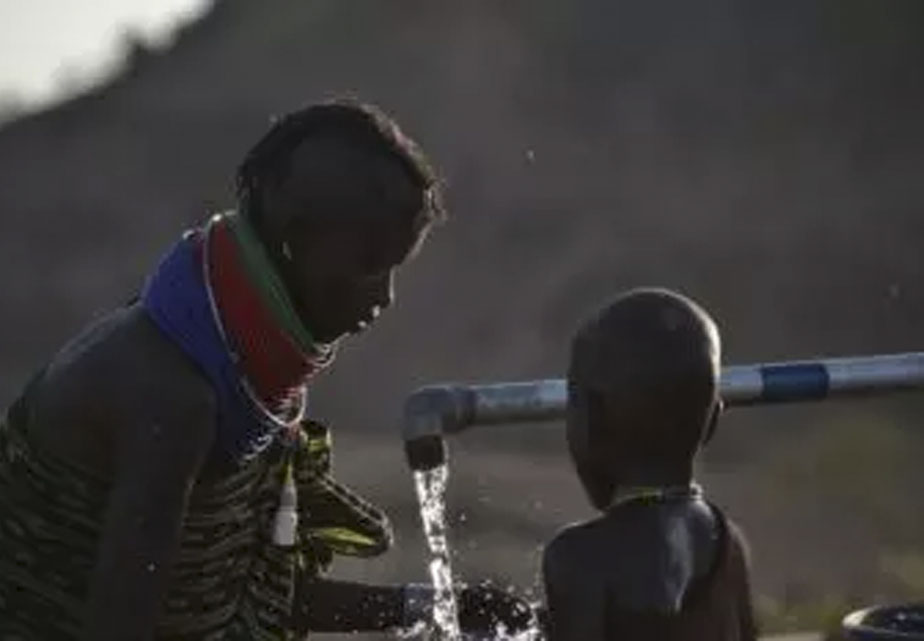 In the rural community of Todonyang, it is not uncommon to find long rows of women and girls walking along the arid plains that comprise this area’s natural landscape.They hold plastic jugs on their heads or arms, and their brightly patterned robes add a splash of color to the sandy horizon. They look for water outside their village to take it to their families: a task that is more difficult every day.

The 340,000 inhabitants of the Turkana district, situated in the northeast of Kenya, are accustomed to a hard life. More than 70% live below the poverty line and their main economic activity is semi-nomadic herding, which forces them to periodically move with their cattle in search of pasture. Disputes over water resources are often the cause of tensions between the tribes that inhabit this area, the Turkana and the Dassanech.

Traditionally, the climate of this region was characterized by alternating periodic droughts with two annual rainy seasons that helped alleviate water scarcity. However, in recent decades the average maximum and minimum temperatures of Turkana have increased between 2 and 3 degrees, altering rainfall patterns. This, together with the establishment of a mega-dam on the border with Ethiopia and the irrigation systems of numerous sugar plantations, has only further depleted the population’s water reserves.

The consequences of these changes are devastating for the inhabitants of Turkana: pastures are reduced, springs dry up, clashes between the tribes and women – traditionally in charge of collecting water – have to travel increasingly longer distances to supply water to their families.

The girls, who often help their mothers in this task, end up dropping out of school to dedicate whole days to this fruitless search. And the lack of water does not take long to cause the appearance of diseases and problems of sanitation and personal hygiene in the affected communities.

Ironically, although Turkana is currently the poorest region in Kenya, it hides a real treasure under its surface, since it has enormous underground reserves of fresh water. Discovered nine years ago, these deposits have not yet brought prosperity to the district, since access to the aquifers requires too complex prospecting work that the local tribes cannot carry out without help.

The importance of a well

Water is a key element for the economic growth of Turkana: it promotes agricultural development, improves the health and hygiene of the population, and guarantees the survival of livestock. Aware of its importance, FMLC has not only contributed to the excavation of two dams, but in our school in Kapedor and in our medical clinic in Todonyang we have built two wells that offer the surrounding families drinkable water and make their daily lives easier.

The fact of having water sources in these two facilities is important, as it favors the settlement of the communities around the school and the medical center, guaranteeing that in addition to water, they have access to health and education without having to travel enormous distances.

In this way, by providing them with basic infrastructure, we promote their evolution from nomadism to other economic activities that allow these ancient tribes to adapt to an uncertain future and survive in a present that never ceases to pose challenges.