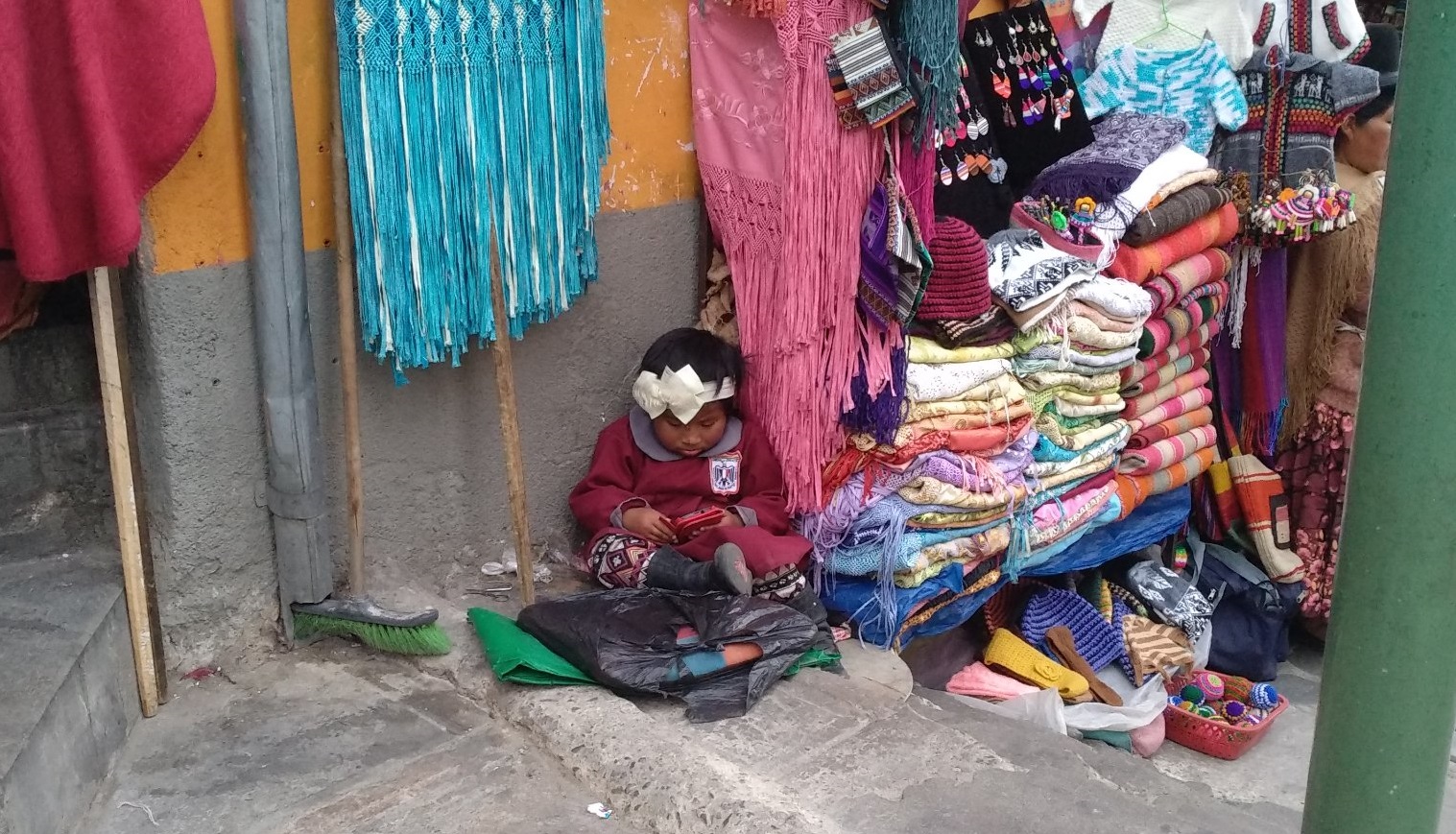 They have become yet another element of La Paz’s urban landscape and are an increasingly common site across the city’s streets, either selling fruit or sweets, cleaning windshields or managing small-scale shoe shine stations. They constitute more than 403,000 children who are currently forced to work in Bolivia, where the economic impact of the Covid-19 pandemic and the increase in poverty have caused a rise in child labour.

During the pandemic, restrictions enforced by the authorities and the closure of educational centres left thousands of children without access to education, as many underprivileged homes lacked computers and Internet access. According to a survey carried out by UNICEF Bolivia among teenagers, four out of ten youngsters did not attend classes through any online platforms over the course of the quarantine, a number that was even more abundant amongst rural communities.

Despite the fact that in Bolivia compulsory education begins at the age of five and extends up until the end of Secondary School, experts estimate that 10% of those who dropped out during the pandemic will not go back to school. At present, the number of working children under the age of 14 is estimated to be 237,000; and this amount solely pertains to the city of La Paz. Some of these children help their parents outside of school hours, but most of them do so out of dire necessity and to the detriment of their education.

As of 2014, Bolivia is the only country that has legislatively authorised child labour from the age of 10. As such, it entails an anomaly that violates the conventions of the International Labour Organization (ILO). However, it also responds to the structural poverty and economic instability that has led the way over decades in the Andean country. In fact, child labour is so widespread that children have established their own union – Union of Child and Adolescent Workers of Bolivia (UNATSBO), which seeks to ensure their right to work as a means to contribute to the family economy, as well as in order to pay for their education.

However, working from such an early age may have extremely negative consequences for these youngsters, as it can expose them to hazardous situations involving exploitation, contribute to damage their self-esteem, deteriorate their physical and mental development, and aggravate the cycle of poverty and inequality in which they find themselves. There lies no coincidence in the fact that the population that has been most affected by the economic decline after the pandemic, happens to be the most underprivileged classes, i.e. those who live hand to mouth or those working in professions with a greater rate of seasonality.

A driving force for change in El Tejar

There are several paths that can contribute to confront this issue, however most of them require applying national policies that include adopting national policies that protect children and teenagers, creating decent and stable jobs for adults, promoting the role of women as contributing members of a family’s economy, particularly in low-income household, as well as advocating for free universal quality education. Hence the importance of the reopening of the Mario Losantos del Campo children’s centre back in April (after the gubermental restrictions due to the pandemic had subdued). Thi measure alone has been an immense relief for El Tejar’s population, the peripheral neighbourhood where we work.

The school offers more than 130 children, originating from low-income families, free education at a preschool level. At the same time, we provide stable employment to a considerable workforce, consisting mainly of female professionals, including teachers, cooks, cleaners or social workers. Moreover, simultaneously we are contributing to the reconciliation between work and family life of dozens of couples who, without the support from our centre, would have to give up on one of the family member’s salary in order to take care of their children.

One thing is certain: one project alone can transform its surrounding ecosystem, to the point of completely changing an entire community’s fate.